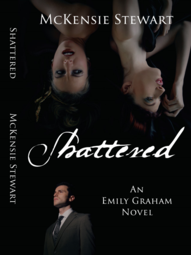 Emily finds herself metaphorically waking up to face a life she no longer recognizes.  She loves her husband Brendon Graham, the Senator for the State of Pennsylvania along with their twins Madison and Connor but that isn’t enough any longer.   The ripple effect of her college professor, Dave Banks, taking a piece of her innocence destroys her marriage every day. Even though Emily only shared part of the secret with Brendon; he is on a destructive spiral choosing escorts, booze and heroine to cope with the pain he feels from their loss.   Kyndall, the matriarch of the family, and Emily’s mother-in-law will do everything in her power to ensure that her dream of Brendon becoming the President of the United States will come to fruition no matter who she has to kill to make it happen. Emily’s true love, Julia, her college roommate has a huge secret of her own that will shatter any reconciliation between the two of them.